“You have to make the right choice. As long as you don’t choose, everything remains possible”-9 Year Old Nemo

In Western society we presume that more choice means better options and greater happiness in our lives. However, we should beware of excessive choice: choice overload can make us question the decisions we make before we even make them, it can set us up for unrealistically high expectations, and it can make us blame ourselves for any and all failures. In the long run, this can lead to a sort of decision-making paralysis. And in a culture that tells us that there is no justification for falling short of perfection when your options are infinite, too much choice can actually lead to clinical depression.

Over the past two decades, the use of antidepressants in America in particular, has skyrocketed. 1 in 10 Americans now takes an antidepressant medication; among women in their 40s and 50s, the figure is 1 in 4 which is staggering. This begs us to question whether this is directly causal to the ever increasing choices we have in our modern society; everything from groceries, phones, games, and even in the way we have access to people and relationships through social media and dating sites.

The 2009 film Mr. Nobody deals specifically with the paradox of choice and is honestly one of my favorite films to come out in the last decade and I have replayed it many times on days when the world (not life) bores me to the point where my mind needs something to think about instead of hearing about how Miley Cyrus is following the same trend that most Disney and Mickey Mouse Club stars follow through their Hollywood journey( there is a reason for this arching trend that I won’t get into since I don’t care to talk about Miley past these next few words on this platform).

Anyway, in Mr. Nobody, we follow the story of the man Nemo Nobody (Jared Leto) who is 118 year old man, the last mortal on Earth. Except him, all other people are immortal and they just want to know how he lived. Nemo himself says that he remembers nothing about his past and a psychiatrist, Dr. Feldheim, tries to make him recall memories through act hypnosis, and in that moment, majority of this story begins. And then we follow his life in three acts and every one of them is unique in his own way. 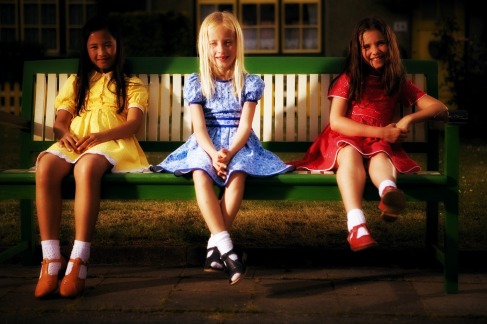 Then there’s the moment at a dance, where 15-year-old Nemo (Toby Regbo) either falls in love with Elise (Clare Stone), who really loves someone else, or settles for Jean (Audrey Giacomini), or, he fell in love with his one, true love, Anna (Juno Temple), his step-sister and daughter of his mother’s new boyfriend.  But when his mother and her boyfriend split up, Nemo loses Anna until he’s 34, or not.  When he’s 34, Nemo (Leto), has a myriad of lives, including being happily married to Elise (Sarah Polley), who dies in an accident, not being happily married to Elise, who is suffering from relentless depression, being married to Joan (Linh Dan Pham) in a loveless marriage, finding Anna (Diane Kruger) by chance in a packed train station, finding her with a husband and two kids, finding her then losing her number when the ink runs after getting wet.

“In chess, it’s called Zugzwang… when the only viable move, is not to move at all.”- 9 Year Old Nemo

Jaco Van Dormael through great direction, multi-layered screenplay, remarkable cinematography showed us great, but ordinary slice of life story, with best and worst parts of us like human beings, but in not-ordinary Sci-Fi way, with great examples of quantum physics and theory of chaos, and especially of choosing the right path, the right way, making the right decision, but maybe the any choice is the right one. There is no doubt however that Jaco Van Dormael’s Mr. Nobody is overreaching. The film is in all honesty overambitious (I don’t care though that’s what I like) and unable to handle all of its themes with appropriate care. Its 160 minute running time might sound a little overwhelming but there’s so much here that it barely allows van Dormael to scratch the surface of all the things he included. This might be a little problematic if you expect a conclusive story and tightly wrapped whole, but that would be missing the whole point of the film; plus I don’t want to be sitting down for that long and risk pelvic floor injury- we have Kevin Costner films for that purpose.

I don’t think I’ve ever seen a film with as many cinematic climaxes before. It’s astounding how Van Dormael turns each scene into a unique little cinematic event. There is hardly filler here, no scenes to drag out the running time or to fill some gaps in between other climaxes. Every scene matters and every scene is made to look like it matters. The director uses all means to his disposal to keep the viewer engaged and interested in the life of the main protagonist, Nemo Nobody.

Mr. Nobody is about the choices we make in life and how the big and little ones can affect the way things turn out. The only questions that preoccupy Nemo in the present is whether he lived the right life for himself, loved the woman whom he was supposed to love, and had the children whom he was meant to have and his purpose is to find the right answer. Ultimately, the film asks the question does it even matter in the end what choice or direction we choose- is any of this even Real?

Mr Nobody is one of those rare films that can suck the viewer into its world. As you watch Mr Nobody and the various events you might not fully understand at the time the meaning of everything you see, but you will remain intrigued and as the movie progresses it starts to make more sense. There are quite a few things left up to interpretation, but the film should keep you thinking about it once the ending credits begin.

This film explains that absolutely nothing is certain – everything is pure imagination. It is like day-dreaming: you picture something and then one thing leads to another and you find yourself wondering what its like to be old and having grandchildren. This concept resonates well because it is true, you witness it every day in the world. People can “plan” their lives all they want yet nothing works out the way you hoped for or you thought was supposed to be. Plans are good for a guideline but never as the ultimate be all and end all; that’s just foolish. If you plan for everything in life you will ultimately miss out on the beautiful chaos to which life is all about.

The movie also flirts with the notion that humans are born with the hidden knowledge of their lives and that it may be possible to access these “future memories”. The only way I can explain the concept of “future memories” is through the example of déjà vu. We have all had this happen to us at one point in our lives- the seeing of future events or instances prior to them even occurring.

“There comes a time in life where everything seems narrow. Choices have been made. I can only continue on. I know myself like the back of my hand. I can predict my every reaction. My life has been cast in cement with airbags and seatbelts. I’ve done everything to reach this point and now that I’m here, I’m fucking bored”-Nemo

I have many times before have had this happen (as I am sure you have too) although nothing extreme or big, just predicting very small things like who I was going to run into that day, whether or not someone was going to cut themselves while chopping vegetables or what someone was going to say next. A lot of these moments happen with extreme accuracy to the point where we question if life is pre-determined or that humans have what is known as “Social Intelligence” (essentially we give off certain vibrations/signals out to the ether and thus manifest certain events around us, thoughts, and actions from people around us.

Mr. Nobody mentions the fact that this person (Nemo), before being born, wasn’t touched by the Angels of Oblivion on the top of the mouth. He was missed so he retained all of his memories. For this reason, he remembers picking out his parents, maybe then, the reason he knows everything is because he has lived all of those lives; each time that the universe expands and contracts it’s as though life is being repeated but also, they are all happening concurrently because time is something that we have made up. In realty, if it can even be called that, there is no concept of time and in a way, that’s more like a higher being, like God, almost. How He can be everywhere at once, it’s just that it’s too far over our heads to even understand.

I’m certain Jaco Van Dormael’s threw in a couple of storylines just to F us around.  The alternatives and counterparts come at the drop of a hat, connect remotely with each other and not at all.  However, Leto is the thing that holds it all together.  I’ve lost track of Leto the last few years (Loved him in American Psycho), but his work is great here too.  I can only imagine what it took to keep this whole thing straight in his head- he must have felt like Christian Bale when he played Bret Easton Ellis’ Patrick Bateman.

In closing, the quote that we started off with by Nemo is a simple yet a profound one. It almost makes you want to make every important decision in life by way of flipping a coin; much like Javier Bardem in No Country For Old Men, however, we would all probably look just as psycho as he did in that film. The ultimate irony of Nemo is that before he was unable to make a decision because he didn’t know what would happen. Now that he knows what will happen, he is still unable to make a choice.